By keithian starling on September 4, 2015 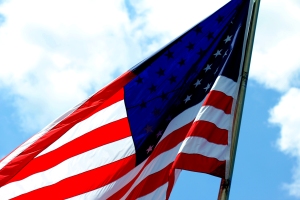 Barbeques, Picnics, and a day off from work are the thoughts associated with Labor Day.

It marks the end of summer for some, which means returning back to school. And for others it’s the last chance to take a “road trip” with their family before winter hits. One Junior says,” Labor Day weekend lets me know winter is coming. After it passes I know it’s time to start buying sweaters and coats.”

Labor Day also is a good holiday for stores because they have a chance to do huge sales to increase business. Yahoo Business states that, ” Labor Days average discount prices were 48.4 % in 2011 while Black Friday’s were 41 to 42 percent”.

On May 11, 1894 workers that worked for Pullman Palace Car Company went on strike and protested about their wages being cut and their union representatives being fired. Eugene V. Debs led a boycott against Pullman’s railroad cars in the middle of June. Because of this Pullman’s railroad business began going in the tank and this crippled the nation’s railroad economy.

In order to maintain order President Grover Cleveland sent in federal troops to break up the strike, the people responded by rioting. Tipping over railroad cars and setting them on fire was one of their methods, but the troops responded by letting gunshots rang in the streets as dozens were killed. After the tides calmed Eugene V. Debs was sentenced to prison for his leadership role in the strike.

The following month Congress passed a law that made the first Monday in September a day to recognize workers, the first “Labor Day”.

Now the holiday will be celebrated for years to come every first Monday in September as a federal holiday. Back in 2014 President Obama made the following remarks at Laborfest in Milwaukee: “But we’re here to celebrate something that sometimes the American people take for granted — the 40-hour workweek, overtime pay, a minimum wage, weekends like this one.  All that didn’t happen by accident.  It happened because America’s workers organized for it, fought for it.  History shows that working families can get a fair shot in this country, but only if we’re willing to fight for it. ”

So as you enjoy your labor day plans remember that the holiday is for those that work hard just to provide for their families and get a shot at the American Dream.