The Eagles Get Their First Win 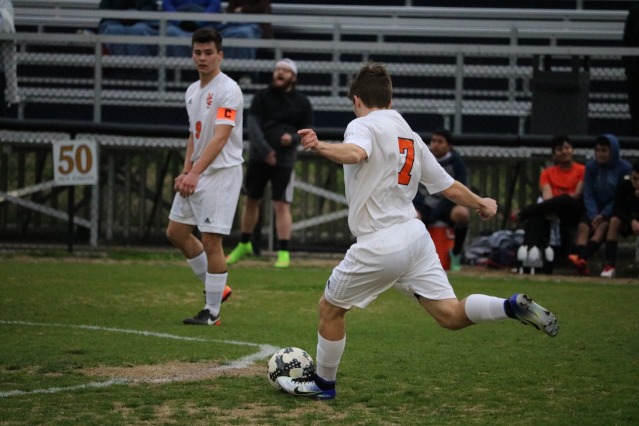 This week the Eagles had two games  back to back. The games were between Springfield and McEwen. The first game was Monday against Springfield, the first home game, and the second game was at McEwen.

Springfield was coming in 2-0 on the season and they had some standout players. The Eagles struck first in the game to take a 1-0 early lead. Then Springfield scored right before the half ended to make the halftime score 1-1. This game was a back and forth game. The Eagles played great defense using 4 defenders to defend the goalie and the spaces.

But late in the game Springfield scored two quick goals to make it 1-3 with 3 minutes to go in game. Tristan Hogan scored a sniper shot top to the right corner for the Eagles but the team fell short 2-3.

Talking about he Springfield game Mente Rudolph said,  “The game was very good. The team looked a lot better and made good passes.

The next day the Eagles traveled to McEwen to face the warriors. Both teams were coming in to this game with no wins, McEwen was also coming back from back to back games, so both teams were tired.

The Eagles had one of their key players out—Zach Clark a center forward, but the team stood strong. The Eagles scored first with a Brodie Burcham with a goal. Then McEwen tied it right back but then Brook Cummings scored two goals to make it 3-1. Then sophomore Tristan Hogan finished it off with a goal and securing the Eagles’ first win 4-2.

The team will have a good amount of time to rest with a 4 day weekend and no games this weekend; so the team will be getting ready for their district games. The Eagles will face Donelson Christian on Tuesday, April 3rd and will play USN Thursday, April 5. 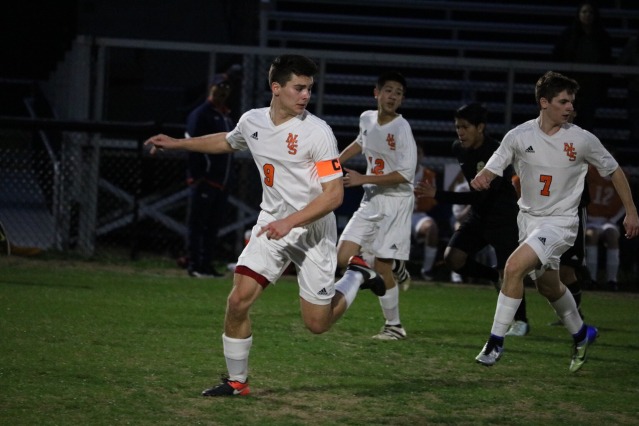