The Rise of eSports

Many people don’t take the idea of professional gaming seriously, but it’s hard to ignore its steady growth in popularity. Professional gaming, formally known as “eSports”, has been on the rise for a few years now. In fact, many gamers have reached the point that, through tournament winnings, sponsorships and social media followings, they can make a living off of gaming, even a comfortable one.

One professional gamer, or eSports athlete, Matt “Nadeshot” Haag, has been one of the biggest names in Call of Duty eSports as well as one of the most inspirational. He started out working at McDonald’s, but through hard work and dedication, became one of the best players. Through that gained a Redbull sponsorship, a contract with Major League Gaming, and he now makes over two million dollars a year, as well as has a X-Games Gold Medal. 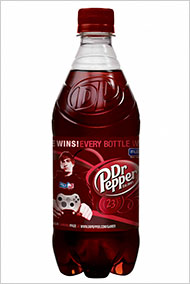 Professional gaming can be seen anywhere in the world. In fact, Michael Chaves, known as “Flamesword”, a professional Halo player, can now be found on over 80 million cans of Redbull. Even before that, however, Tom “Tsquared” Taylor, another Halo pro, graced the surface of 175 million bottles of Dr. Pepper in 2007.